Sometimes you need to add automatic tests for the UI of your app. There are several different approaches to achieve this.

In the test you could get the elements of the screen and assert if all the frames are as you expect. Depending on the UI you want to test, this can be a lot of work.

Or you could use UI tests provided by Xcode. But those are extremely slow and in my experience sometimes they just stop working.

There is a better alternative. Facebook has an open source component called FBSnapshotTestCase. This class allows you create snapshot tests. A snapshot test compares the UI of a view with a snapshot of how the view should look like. Let’s see how this works. 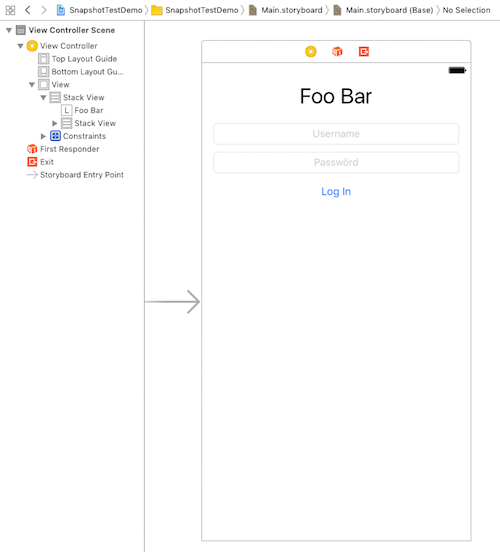 There are two stack views with a label, a button and two text fields.

I’m a Carthage person. So I will show you how to use Carthage to install FBSnapshotTestCase in the test target and use it to add a snapshot test for a simple login screen.

Then ask Carthage to create the dynamic framework with the command

Carthage will fetch the source code from github and build the framework. When Carthage is finished, drag the framework from the Carthage/Bild/iOS folder to Link Binary with Libraries build phase of you test target:

Next, add a new run script build phase to the test target. Put in the command

and add the Input File $(SRCROOT)/Carthage/Build/iOS/FBSnapshotTestCase.framework. In Xcode it should look like this:

Next you need to configure the directories where the snapshots should be put. You can also tell FBSnapshotTestCase to create a diff image whenever a snapshot test fails. This means, when a test fails, an image is created that shows the difference between the expected UI and the UI that made the test fail. That way you can figure out what changed in the UI.

Open the scheme you use of the test and add the following environment variables: 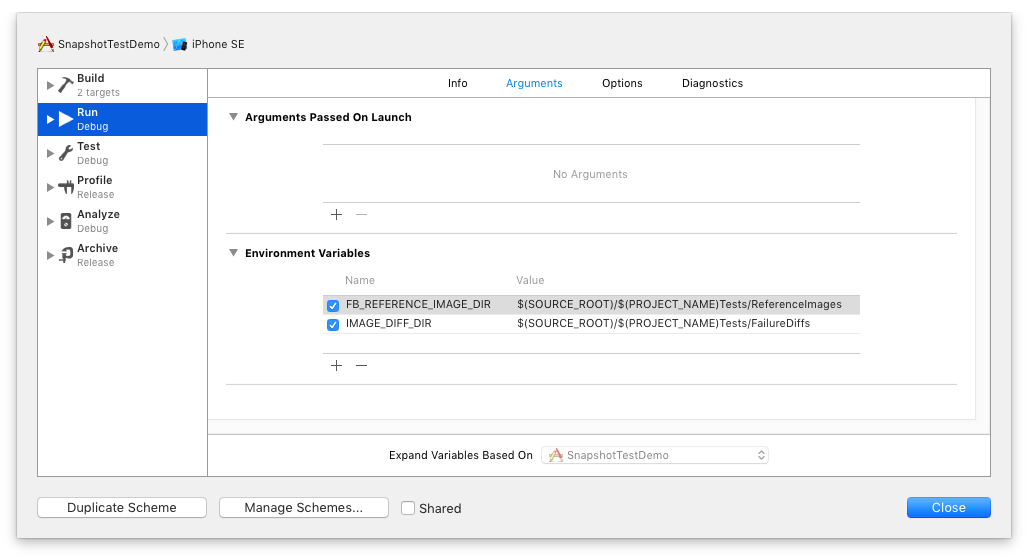 To create a snapshot test, add a subclass of FBSnapshotTestCase to your test target and add the following import statements:

Next, add the test method:

Run the test. The test will fail because FBSnapshotVerifyView() doesn’t find a reference snapshot to compare the view with. Open the directory of the test target in Finder. There is now a directory ReferenceImages_64. In this directory you can find all the snapshots recored in record mode.

Now remove the line recordMode = true from the test and run the test again. The test succeeds. Nice! From now on, whenever the UI of the login screen changes you will be notified by a failing test.

But how do we know that the snapshot test really works? Easy, let’s change the UI and see what happens. Change something in the UI. In the example UI the spacing of the inner stack view holding the text field and the button is 20 points. I change it to 21 and run the test again.

The test fails and there is a new directory with the name FailureDiffs in the directory of the test target. In this new directory you can find all diff images of the failing tests. In my case, the diff image looks like this: 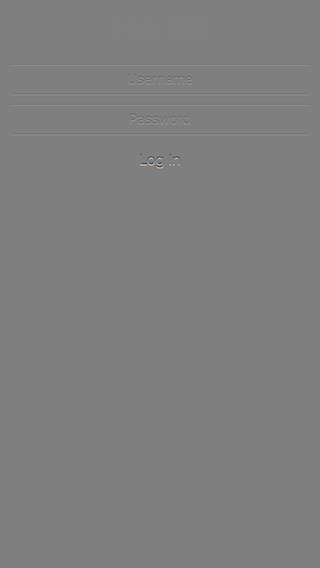 Awesome! With this image it should be easy to find the change in the UI that made the test fail.

If you wan’t to learn more about testing (especially Test-Driven iOS Development) I have written a book about it. The feedback for the first edition was quite good and many readers said that it helped them to get their head around test-driven iOS development.

Have fun and test all your UIs!